IN THE LAST SEGMENT… “I ate this bug.  Who knows what bug it is, what food the bug ate, I ate it.  It could be living in the mines for all I know.”

What a bad intro.

It was my second and last day in Foshan, China.  After a long sightseeing adventure, it was time to eat again.  I thought that there were no surprises, no harm, no foul.  We were going to go to an excellent restaurant.

But nonetheless, I had my doubts.  This time, we were in the middle of farmland.  As we all know, the farmland is not really that of a clean place.  Especially in China, where there are serious health concerns.

After a while of driving on the freeway, we exited and came to a large, hotel-like building.  It was situated adjacent to the farmland and stretch of roads.  It didn’t seem like a good place to eat at all.  Along with that, it was a rather strange building.  Walking in, we saw fish tanks full of exotic fish and two huge, prize motorcycles.

My friends and I went up the elevator, and a long hallway exposed itself.  We walked some ways, deeper into the extensive hallway, feeling apprehensive about where we were heading.

And then we entered into this room.

Welcome to the APEC Conference

We honestly did not expect to enter a dining room the size of a hotel lobby.  We paid so little, yet were invited to eat at a dining room for the royals!  What kind of world had I entered?

The dining table alone could seat 20-30 people, and it even boasted a never seen before, mini water fountain.

One can literally put this dining table in an art museum.  As shown, the water park is crafted with extraordinary detail, and it even spews out water often.  There is one problem though, we’re at a restaurant, not at an amusement park.

Along with that, we ate some delicious food.  We were fed the traditional Cantonese dished familiar to Hong Kong and the Chinese eateries back in LA.

For dessert, we had an authentic pudding, which I had never seen before.  It was quite unique, considering that we had a choice of numerous syrups to apply onto the pudding.

Candle at bottom of each pitcher

My pudding with syrup

Not long after, we found ourselves on the crowded highway again, heading back to the bustling city scene.  We were all confounded by the encounters of what seemed like an arid countryside.  There may be more lights, more city scenes and tourist attractions in the city, and the rural setting might not be worth a visit for many.  Nonetheless, my expedition has not gone to waste.

Some city folk like I may like guided tours and Ritz-Carlton hotels, but eating bugs for dinner and having your dining room look like an APEC Conference never felt so exhilarating.

At the end of the long, exhausting work months, I decided to take a trip to an unlikely location: Foshan, China. Foshan technically is a big city in China, however being in the middle of a vast countryside.  Many cities in the US countryside are not quite developed enough to be centers of business, unlike Foshan.

I thought these downtown areas would provide the perfect place to eat.  Nonetheless, my friends and I were due to eat at the outskirts of town.  The feat seemed adventurous, yet risky. As we headed out of the city center, we gradually encountered the poorer rural areas of town.  I had my doubts that I would be healthy and well by the end of this excursion. After an hour’s drive, we eventually ended up at a restaurant called “水乡人家” (there is no alternate English name, pinyin: shui xiang ren jia).  It was situated in the middle of a suburban area (which was fortunately not too run down).

We were supposed to eat very traditional Cantonese food.  But in my mind, we were only eating dirty, unwashed morsels of poison. And this restaurant surprised me.  We actually ate really scrumptious, homemade dishes that were not dirty at all. Here’s some of the dishes you absolutely will not find elsewhere:

Above is the traditional Chinese method of roasting pig.  However, there is the other method, which makes the pig have crunchy skin.  The second method is much better, nonetheless, the taste is overall the same.  They do provide you with hoisin sauce as well. The bad thing is that some pieces of pig in this dish have a lot of fat in them.  Overall, it was delicious.

The flower in the middle hides the disgusting part

This is beyond pizza.  This is tenth-folds worse than pizza.  It is scrambled egg…with steamed worms!  You can’t really see them though, so you could pretend it is pizza.  But don’t.  This was not a good dish at all, though, it could be delicious to some people, especially people in rural China. Rural Chinese are too creative.

The Chinese probably tried to hide the disgusting part by also mixing the worms in with scrambled eggs, a dish which most people like.  For the sake of your well-being, refrain from eating this dish.

Sino-Mex? Ok…that was a bad joke

Anyone like contrasting tastes?  This dish is basically a piece of fish lodged inside a not-too-spicy green bell pepper.  It was actually very good.  Another good thing was that the fish had no bones in it. I also doubt that the people in rural China know what Mexican food is. Who said that Chinese food was all wontons and noodles…

This next food is what you see on those Discovery food shows.  Well, okay…you do see the above worm dish as well, but the dish next is even more horrendous.

No, please do not criticize China’s food safety system.  I’m not dead yet.  Anyways…

Picture of the Day

I ate this bug.  Who knows what bug it is, what food the bug ate, I ate it.  It could be living in the mines for all I know. This is scrambled egg with fried worm.  There is a difference between this dish and the other worm dish prior.  Besides the fact that you could actually see the worms now, the other worm dish was steamed worm.  Not too good of a dish either. People were complaining that there were not enough bugs.  Complainers, please, you’re embarrassing yourselves.  It’s like saying, “I’m not eating enough poop.  I want more!”   I was about to hurl.  I had eaten both worm dishes…

In the end, I was enlightened.  The foods made me realize how efficient people living in countrysides were, they would eat anything in sight.

On another note, I had to wipe down every dish and cup in the pictures with alcohol.  The restaurant even encouraged my friends and I to clean their dishes.  I was startled.

As my friends and I drove back to the hotel, I thought about how China was such a unique and fun country.  I couldn’t wait for the next day’s surprises.

Anyone ready to kill their lawn? It's a California thing. 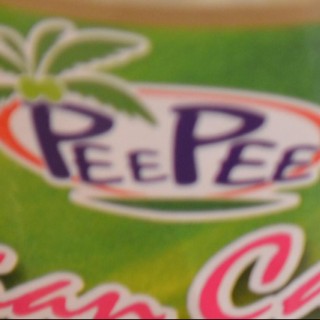 I run a food blog called pickynommer. Check it out! That's all you need to know.